IMPORTANT: Since 4.17 the Blueprint Compilation Manager broke the custom compiler by not using the interface meant for compilers even when they are available.

YOU HAVE TO DISABLE "Blueprint Compilation Manager" on each project that uses PaperZD (4.17 and 4.18).

ZetaD is response to Paper2D lack of animation support, allowing users to create their own AnimBP just as on 3D and be able to use them to drive the animation states or events in a easy and visual way.

The plugin comes with the following:

- PaperZDCharacter: A character that inherits from Paper2D and automatically manages the animation instance and notifies.

- PaperZDAnimInstance: The class that is constructed via the AnimBP and will be used by the character to drive the animation and notifies.

-PaperZDAnimBP: A fully functional blueprint class that allows the user to manage their own state machine, create transition rules and assign notifies to each state, will be compiled into a runtime class that can be used by the character (inherits from PaperZDAnimInstance)

-Can be derived via Blueprint.

-Allow the user to create "CustomNotifies" that are implemented by the PaperZDAnimBP, creating a special function that the user can complete. This way the user can avoid having to create a new Blueprint or NativeNotify for functionalities that will not be replicated on other blueprints.

The plugin comes with their own blueprint compiler that constructs the final state machine, blueprint functions and calls.

In order to download this tool you must purchase it at or above the minimum price of $44.99 USD. You will get access to the following files:

Hello, When do you think you update the plugin for ue5? I would like to use it!

Hi! currently i'm working on a version 2.0 of the plugin that should be released by the end of MAY, which already contains support for UE5.

I'm finishing some features right now and I'm planning onto patching current version with UE5 support, which should be ready by next week tops.

But if you want you can join our discord and be part of the beta-testing phase and get version2 before its ready.

Ok thanks for the details! Yes, i will join our discord!

In case you don't have a link for joining, here's one

Can you create a Trello Board of planned features / features currently in development? Love the plugin!!!!

we already have one.

Also.. we have a discord, if you ever whish to join us!

This is an absolutely amazing product for anyone making a 2D project in the Unreal Engine. Communication with the dev is fast, The tools are so easy to use especially if you've already used the 3D tools that come built in to the default engine. This makes up for lack of 2D support for an AnimNotify system and a StateMachine Editor. They added Sequencer support for anyone who needs easy cutscene/cinematic tools!

Thanks a lot! We love what we do, and we want to see more 2d games on unreal too!

Keep tuned for the next major update, for some more sassy tools 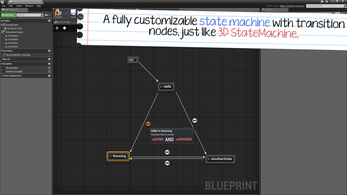 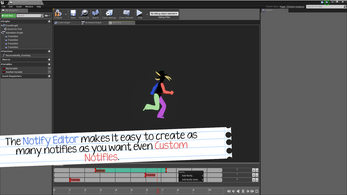 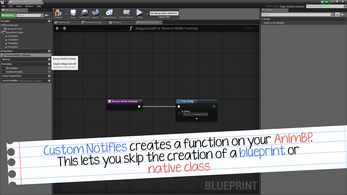 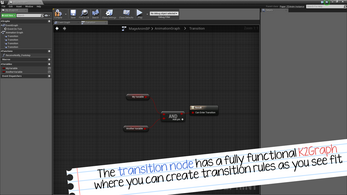